'This is the droid you're looking for' - Programming bb8

Have you felt it? There has been an awakening. Star Wars has taken over the galaxy yet again. It’s power rivals the Death Star. It is as omnipresent as ‘the force’. Put simply, it’s massive. ‘The Force Awakens’ became the fastest movie to gross one billion dollars. It smashed various box office records and has continued to sell tickets left right and centre. 'Rogue One' is looking to be just as popular.

Of course, this popularity makes it’s way on to the playground. Children will pick their favourite characters and act out X-wing dog fights or lightsaber duels. Sooner or later the expanded Star Wars universe will expand into your classroom whether you like it or not! It’s the teacher’s job to seek out learning opportunities amongst the lasers and Sith Lords.

Thankfully, the geniuses at Sphero and a whole host of programming apps have created an unbelievable learning opportunity for young primary school programmers.

Sphero have built a programmable BB 8 droid that can roll around your classroom like the real life BB 8 in Star Wars. This innovative little character has captured the imaginations of children around the world. The film makers opted to steer clear of CGI and created a working robot that is ultimately programmed. Bringing this technology to the classroom is quite frankly the stuff of dreams. Move over Bee Bot, there’s a new toy in town. 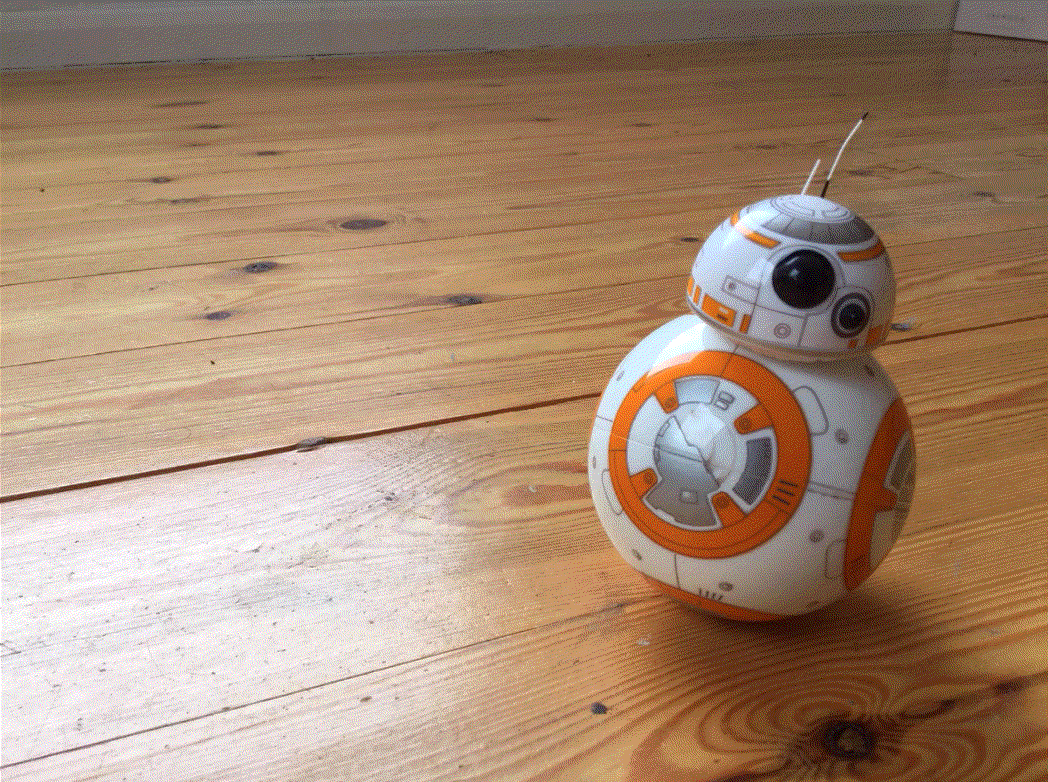 Soon after Sphero’s BB 8 hit the shops, app developers began to build programming opportunities into their apps. One such app is called Tickle. Like many other programming platforms, this app takes a ‘building blocks’ approach to creating algorithms. In other words, children drag and drop instructions into a workspace where they can be ordered and connected. The result is a list of actions that control a little BB 8 droid. The actions are not simply restricted to movement. You can change the ‘look’ of BB 8 by changing it’s colours. You can manipulate the sounds that the droid makes. You can even programme the droid to react to it’s surroundings. For example, the programming enables you to stipulate what BB 8 does if it hits a wall or solid object.

With this level of control, children can work at their own programming levels. This makes lessons on Tickle easy to differentiate. Being able to physically move an object also increases the objectives attached to a BB 8 programming task. Not only can the children look to move the droid around a pre-determined course, but they can also look to replicate scenes from the movie or make up their own. Don’t forget, BB 8 is a character and not simply a drone.

Plonking the character in front of a green screen and utilising a green screening app such as ‘Do Ink’ enables a teacher to bring movie magic into the classroom. This kind of activity puts programming in to a rich context. The end result mimics exactly what the film makers would have done on set. It’s a way of showing the children directly the relevance and importance of programming in an extremely engaging way

Programming can seem like an isolated subject. An area of the curriculum that is detached from other wider learning objectives. By attaching a character to the task, teachers can make links to Literacy, Drama, Science and other ICT objectives surrounding film making. It also widens the horizons of programming in general. The subject can be mistaken as a bit of a nerdy endeavour. You can’t really blame children for believing this stereotype. It can be seen as a completely computer-driven exercise that is reserved for the very brainy. This is not the case. Programming is attached to all sorts of ridiculously cool jobs like working on the latest Star Wars film. Like anything, it’s easy when you know what you’re doing. Now is the time for children to get to know what they are doing. In the words of Master Yoda, ‘Do or do not. There is no try.’